Four cubic meters of solid waste collected from the seabed and on the beaches along the southern coast of the island of Krk – is the summary of the second educational and ecological initiative “For clean beaches and a clean nose – Aqua Maris” completed by JGL employees on Thursday, 14 June. With the aim of raising the awareness about the importance of protecting the Adriatic, and under the motto “Let’s return to the sea a part of what it gives to us!”, about twenty employees completed this commendable initiative in the bays located between Punat and Stara Baška.

During the four-hour ecological initiative they combed through the seabed and the coast of about ten beaches, collecting all sorts of objects – from bottles, cans, beach umbrellas, styrofoam, plastic bags, nets, plastic basins, to discarded sandals, sneakers or car tires pulled out by divers.

Since company operation is closely related to the healing properties of clean, natural seawater, with this aspect of social service JGL wants to return to the environment a small part of what it takes from it, raising the ecological awareness among its employees, as well as of all the other sea users. For this purpose two sailboats were obtained for the volunteers, one an Aqua Maris, and the other called Sv. Florijan, suitable for beach access and provided through the support and assistance of the Punat Tourist Board and the Punat Marina. The employees of the “Črnika” Public Utility Company were engaged in adequate disposal of the collected waste.

That such actions indicate JGL commitment to common good, and that the awareness of ecosystem protection and its beauty needs to be developed continuously, was also confirmed by Branko Karabaić, the Director of the Punat Tourist Board.

– Since Punat lives for and from tourism, ecological initiatives are always welcome. I believe all ecological initiatives are praiseworthy, and so are JGL efforts and their wish to stress  the fact that the sea and its inhabitants are under constant pressure from mainland pollution. If only there were more such companies, both local and nation-wide.

Initiative “For clean beaches and a clean nose – Aqua Maris” stresses, with its very title, the name of the famous JGL line of natural products based on Adriatic seawater for ear, nose and throat health. Thanks to the Aqua Maris brand, the company held a high third place among the world manufacturers of preparations in the nasal saline category last year. 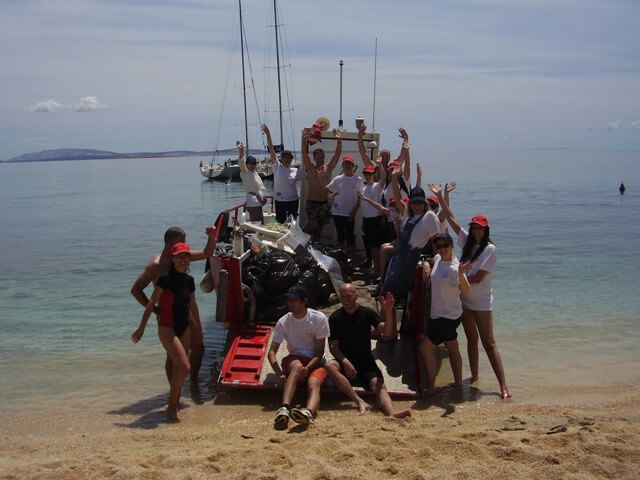 Green actions for a sustainable future

Green actions for a sustainable future