Since JGL business is closely connected to the therapeutic effect of clean, natural Adriatic seawater, an important initiative with the goal of cleaning Kvarner beaches and the Kvarner bay has been launched, focusing on education about the need to preserve and protect the Adriatic underwater world.

At the end of this school year and at the beginning of the following, several elementary schools and preschools from Rijeka and the Kvarner bay will participate in the educational project entitled “Edukacija djece o potrebi očuvanja i zaštite jadranskog podmorja” (Education of children about the need to preserve and protect the Adriatic underwater world), accompanied by the “More je živo” (Sea is alive) workshops.

The workshops regarding the environment will be held by the members of the PAKS Ecological Research Society, supported by JGL. It is a long-term project developed on the national level, whose goal is to help the education of young people and raise their awareness about Croatia being a maritime country, and about the fact that we benefit immensely from our sea which we must preserve.

The project is also co-financed and supported by the Ministry of Culture, Ministry of Science, Education and Sports and Ministry of Environmental Protection, Physical Planning and Construction. Until now, members of the Society have organized workshops in Dubrovnik, on Lastovo, Brač, Vis and Korčula, in Samobor and Zagreb, and in 2004 they successfully presented their methods of educating children at an international symposium “Mladi i Mediteran” (Youth and the Mediterranean) in Nice, France, where they gathered plenty of new ideas from their colleagues from other Mediterranean countries.

After the first lecture held last week in the Pećine elementary school and the introduction of the little ones to the most frequent Adriatic flora and fauna, an initiative was carried out at the Sablićevo beach in Pećine, on Friday, 27 May, with participation of curious elementary school pupils, marine biologists, geologists and experienced divers. See the photos below. 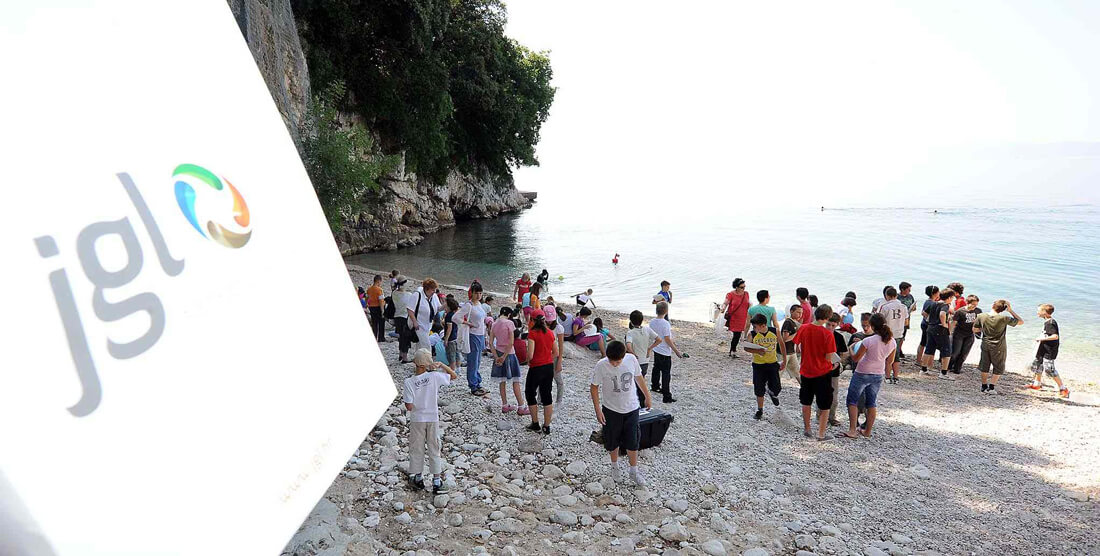 Teamwork and Outstanding Solutions at the “Realizator” Case Study Competition

Teamwork and Outstanding Solutions at the “Realizator” Case Study Competition