In cooperation with the City of Rijeka, the JGL Pharmacy Museum mounted the exhibition “Rijeka and Sušak Pharmacies from the Early 20th Century,” which will be open to visitors until 27 July.

This is the museum’s contribution to celebrating 750 years of pharmacy in Croatia and 30 years of JGL, which has further enriched the tourist offer for all those who visit Rijeka these days.

“Pharmacy has made an unquestionable contribution to civilisation. Pharmacies have always been an important part of the development of cities, as a part of everyday life of their citizens. The establishment of a pharmacy in any city has always represented an important healthcare event. This is why we are very happy to show the citizens of Rijeka and its visitors this part of our rich history, and we thank the JGL Pharmacy Museum for that,” said Karla Mušković, head of the Department of Health and Social Welfare of the city of Rijeka, at the exhibition’s opening.

The oldest pharmacy in Croatia is located in Trogir, dating back to 1271. One of the oldest preserved pharmacies in Europe is the monastic pharmacy “Little Brothers of Jesus” in Dubrovnik. The beginning of pharmacy in Rijeka dates back to 1437, when the records of the city notary Antun de Renno mention Antonio Pertusan, a pharmacist from Venice.

“Our country has a long tradition of pharmacy that has developed simultaneously with the European trends in pharmacy. This year, we are celebrating two important anniversaries, 30 years of JGL and 750 years of pharmacy in Croatia. With this exhibition, we wanted to honour pharmacists and the pharmaceutical profession,” said Eva Usmiani Capobianco, member of JGL’s Board of Directors. 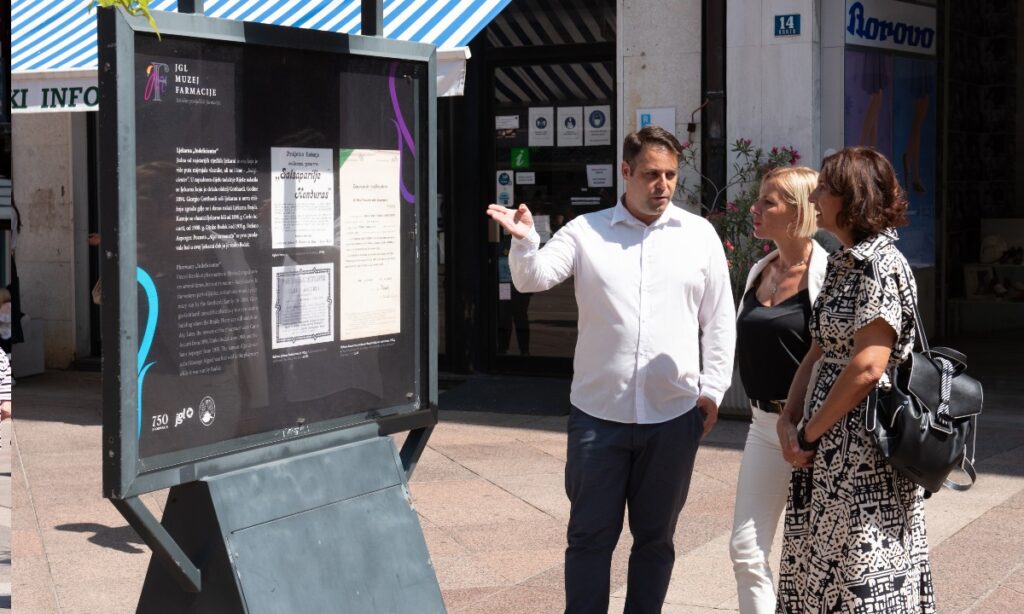 Interestingly, some of the historic pharmacies in Rijeka still stand in the same place.

The JGL Pharmacy Museum was opened in October 2020, as the first private museum of its kind in Croatia. At 11 Užarska Street, visitors can also see the permanent exhibit, which uses a modern approach to interconnect the local, national and global history of pharmacy.