JGL best exporter to Russia in 2010

JGL best exporter to Russia in 2010

JGL received a noteworthy acknowledgement for the best exporter to Russia in 2010. The decision on nominated companies, according to the categories defined by the Ordinance on Award Assignment, was reached at a meeting held on 11 May 2011 by the expert committee consisting of representatives from the Croatian Exporters Association, Croatian Bank for Reconstruction and Development, Croatian Chamber of Commerce, Croatian Employers’ Association, Financial Agency, Ministry of the Economy, Labour and Entrepreneurship, Ministry of Foreign Affairs, Croatian Bureau of Statistics, Customs Directorate, Business Innovation Center of Croatia and Croatian Radiotelevision.

The awards ceremony was held at Hotel Westin in Zagreb as a part of the ceremony programme of the 6th Croatian Exporters’ Convention entitled “Naš izlaz iz krize” (Our way out of the crisis), sponsored by the Government of the Republic of Croatia. A special guest of the ceremony was Jadranka Kosor, Prime Minister of the Republic of Croatia, and the “Zlatni ključ” award to JGL was accepted by Jasmin Huljaj, Chief Operating Officer.

Let us stress that JGL has already received the “Zlatni ključ” award in 2009 for the best exporter to the Russian Federation. 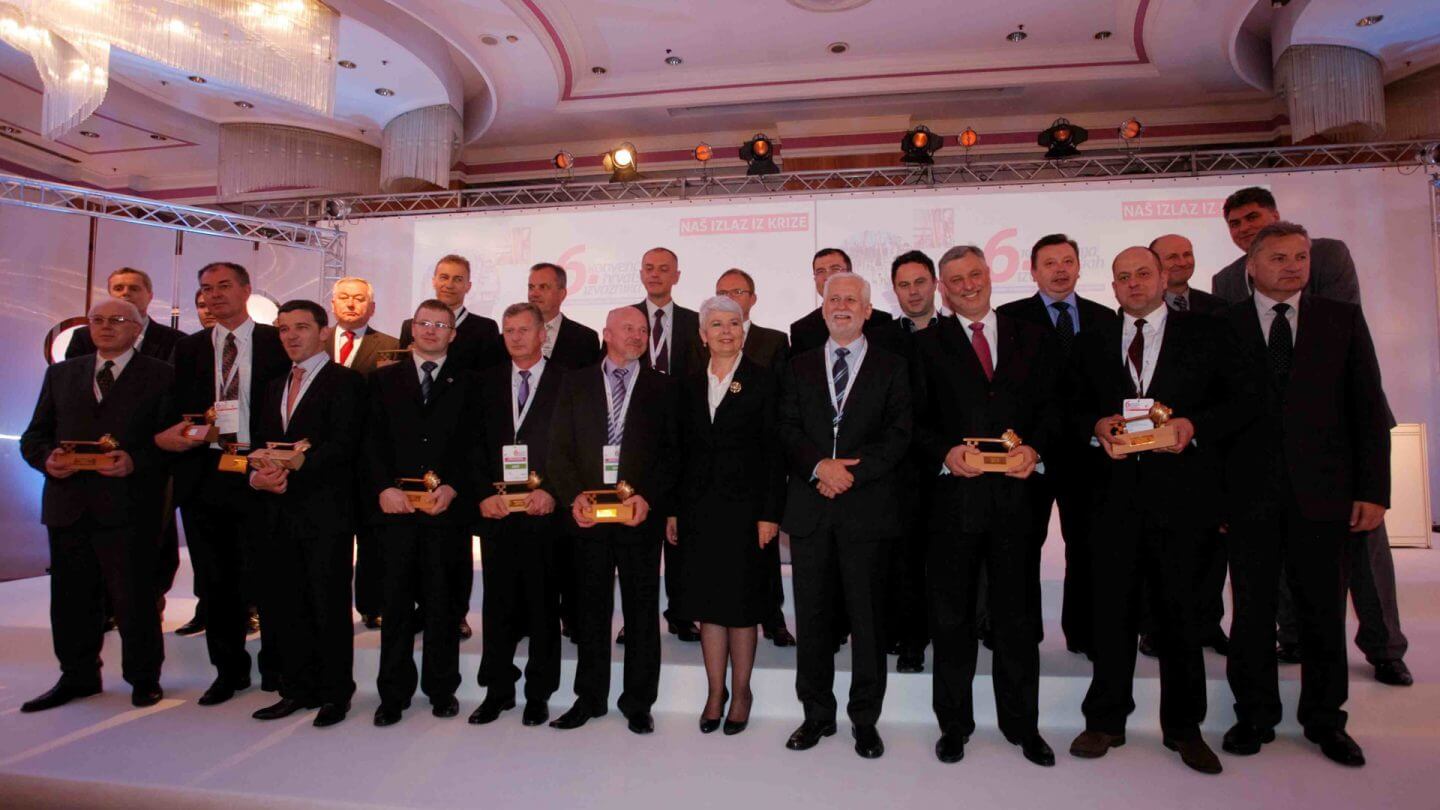