New innovative nasal spray based on sea and drugs

New innovative nasal spray based on sea and drugs

After five years of research and development, JGL has recently launched an innovative nasal spray drug onto the Croatian market, one which quickly and efficiently relieves nasal congestion and whose effect lasts for up to ten hours. The uniqueness of this preparation lies in the fact that for the very first time a decongestant has been dissolved in seawater solution which supports natural nasal cleaning mechanisms.

Another no less important fact is that the preparation contains an innovative small pump which inhibits microbiological pollution of its content during its administration due to special filters and silver. That is why this drug does not contain any preservatives. This novelty is very important since numerous studies show that benzalkonium chloride and similar preservatives in sprays and nasal drops cause burning sensations during administration, with a harmful effect on the nasal mucous. Meralys thus presents a new generation of nasal sprays, an innovative solution by a Croatian development team.

It is available as a nasal spray for both children and adults. It has a fast and long-term effect, providing the user with the ability to work freely during the day, and to rest well during the night. Besides the Croatian market, the preparation will soon be available in our neighbouring countries, and there is also a large interest in further export to Western Europe, Russia, Ukraine and elsewhere. The registration procedures are under way in fifteen countries and new markets are being prepared.

Meralys is a result of Croatian knowledge and JGL is a well-established producer of nasal decongestants and preparations based on seawater.

Meralys is a non-prescription drug available in pharmacies throughout Croatia. 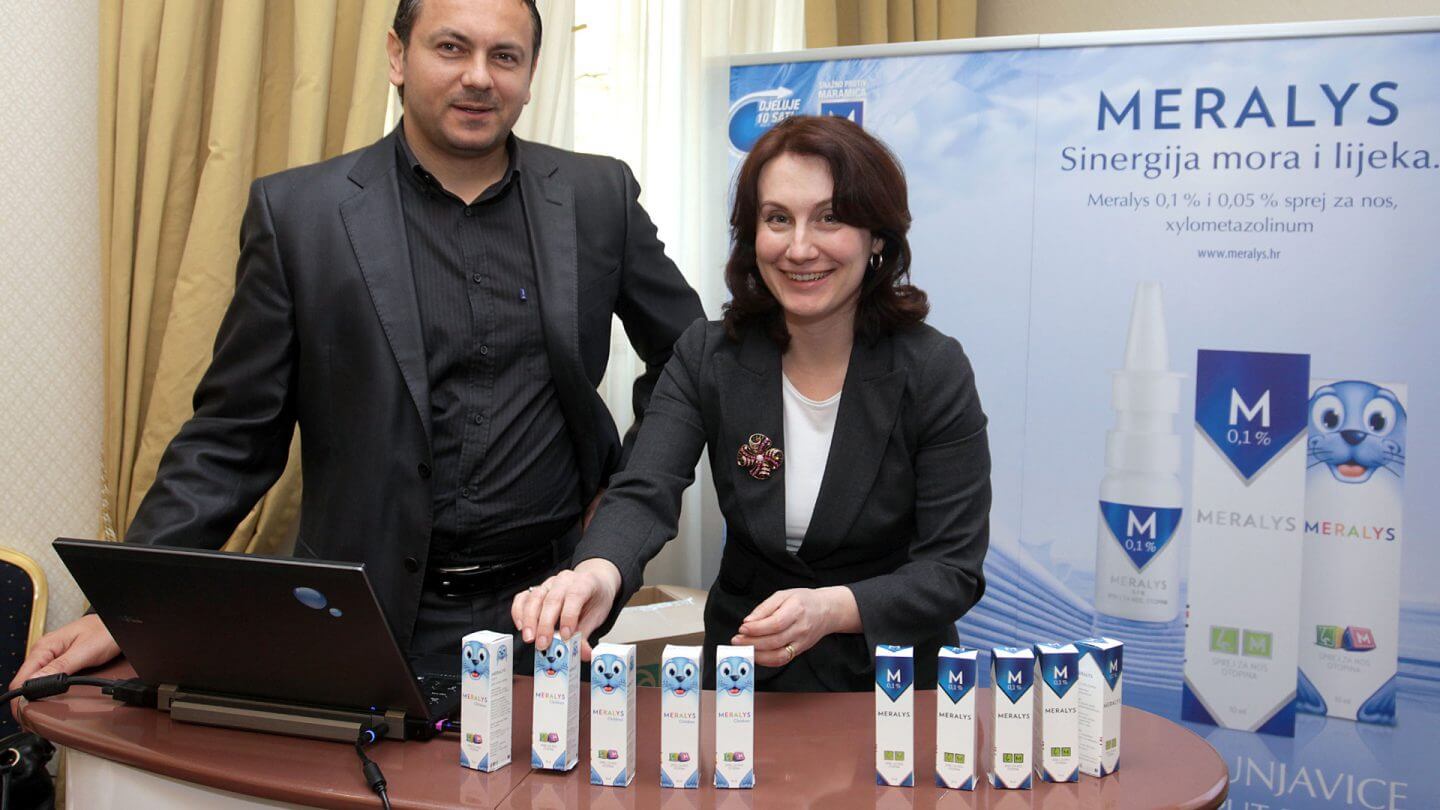