Should women administer Lactogyn orally or insert it into their vagina? That was the common question asked from the very first day we launched Lactogyn. The answer was always categorical – Lactogyn is taken orally! However, as our probiotics portfolio developed and increased, we are now proud to be able to provide you with a series of other answers: Lactogyn capsules are administered orally, Lactogyn vaginal capsules are inserted into the vagina, Lactogyn intimate hygiene soap nourishes… And we, of course, do not intend to stop here.

When at the end of 2006 we initiated the Lactogyn project, there were plenty of questions and initial suspicion present regarding this innovative product. Today, as all the dilemmas associated with it have been solved, and since its effects were proved not only in theory but through actual application and studies, we are proud to take yet another step forward. The new, safe product from the JGL probiotics range of products – Lactogyn® vaginal capsules which help faster regeneration, protect one’s health and maintain the natural balance of vaginal microflora.

Lactogyn® vaginal capsules contain the unique, scientifically tested strains of Lactobacillus rhamnosus GR-1® and Lactobacillus reuteri RC-14®, and lactic acid. Aside from the standard treatment of vaginal infections, they are administered for a period of one week with the purpose of helping faster colonization and increase of the vaginal mucous’ acidity level.

We are particularly glad that we can present the Lactogyn vaginal capsules in a new attire, through the new visual identity used for all three Lactogyn brand products. Besides the Croatian market, the product will be available on the majority of markets within our region and in CIS. 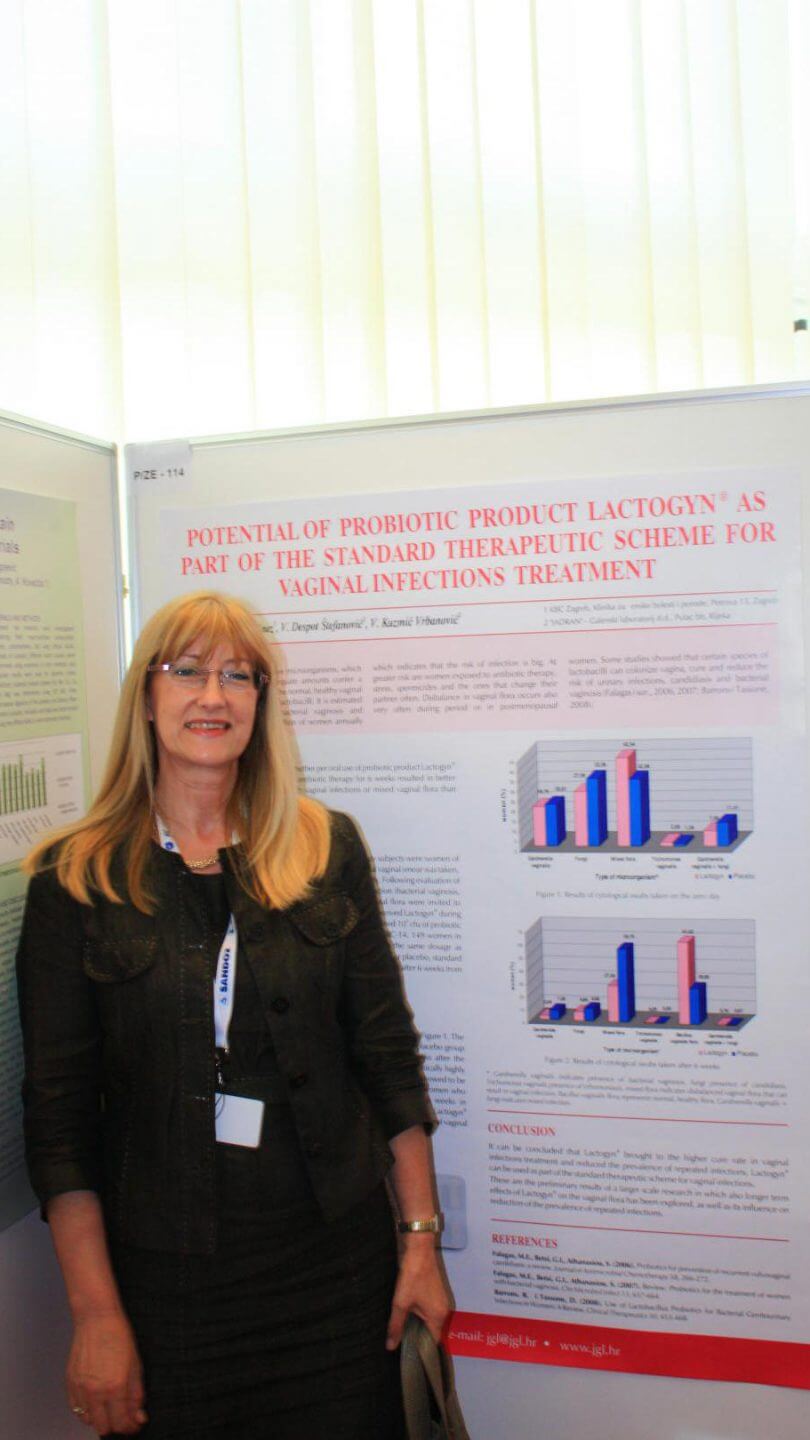